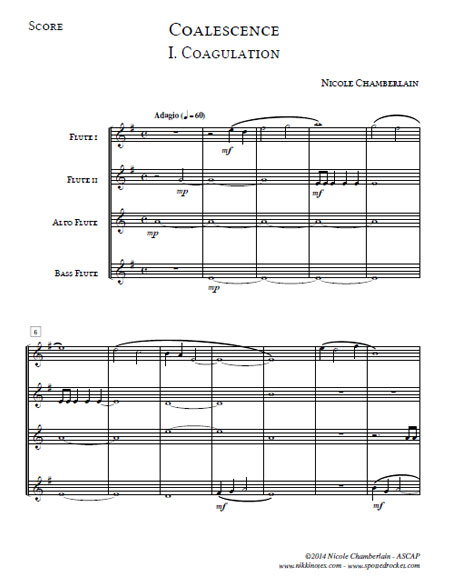 "Coalescence" is comprised of two movements of opposite forces, Coagulation and Discombobulation. The first slow movement, Coagulation, gradually brings the harmonies of the strings to gravitate and finally end in unison on middle C. The second fast movement, Discombobulation, works to unravel the melody and rhythmic progression throwing different obstacles in the ensembles path to keep from arriving the completion of the initial thought stated in the opening theme.

This piece was originally orchestrated for string quartet, but it was recently arranged for flute quartet and premiered by Perimeter Flutes.