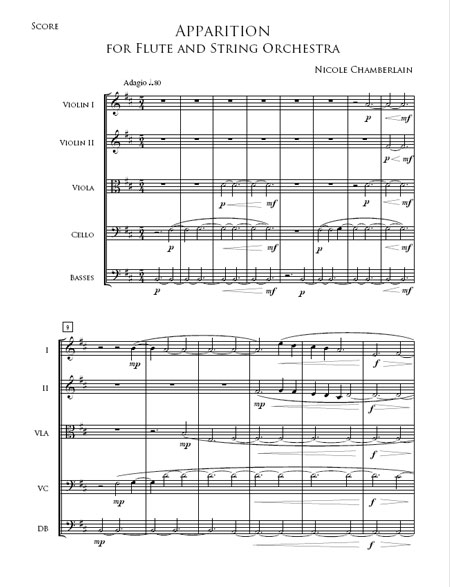 The composer grew up in Savannah, Georgia which is considered one of the most haunted cities in the United States. Every cemetery, building, street, and suburb has its own history of supernatural activity. One cannot walk at night anywhere in Savannah without taking a second look into a nearby shadow.

This flute concertino was originally commissioned by flutist James Strauss of Recife, Brazil where the piece also received its world premiere. The work begins slow, dark and eerie with the strings barely being heard, and slowly develops into a rhythmically driven and virtuosic section. During the cadenza, the mood changes more hopeful and uplifting for just a moment until that eerie feeling returns with the strings.