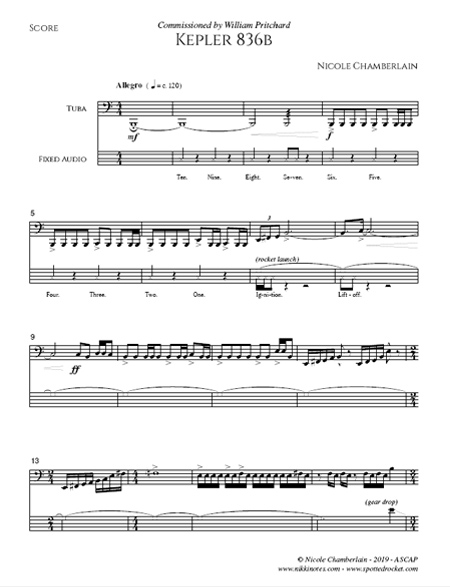 Kepler 836b was commissioned by William Pritchard to commemorate his new Eastman EBC 836 CC tuba. NASA released to the public sounds from historical space explorations. Among the sounds were sounds from Kepler's explorations in the search for planets that might have ideal conditions for life. There is a planet called Kepler 836b which corresponds to the new Eastman's EBC 836 tuba model.