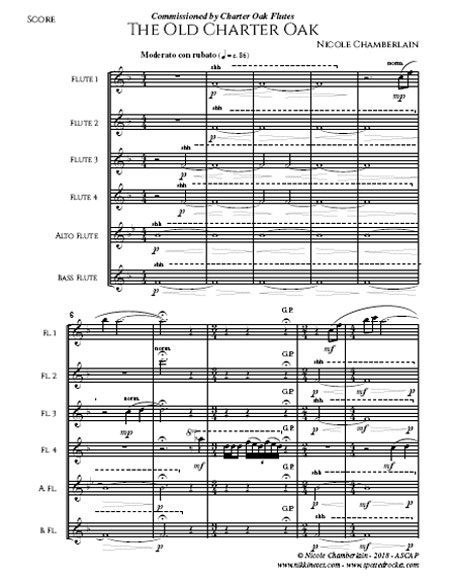 The Old Charter Oak was commissioned by Charter Oak Flutes, a flute choir based out of the Charter Oaks neighborhood in Hartford, Connecticut. The neighborhood is named after a historic oak tree with a legendary story. The Charter Oak, the tree, got its name for hiding the colony of Connecticut's charter which allowed the colony to elect its own officials and make its own rules. When King James II of England came to power, he ordered that all charters of the colonies be collected. It is rumored the colony of Connecticut hid its charter in an old oak tree. Many years later, in 1862, the 1,000 year old oak tree was struck down during a violent storm.