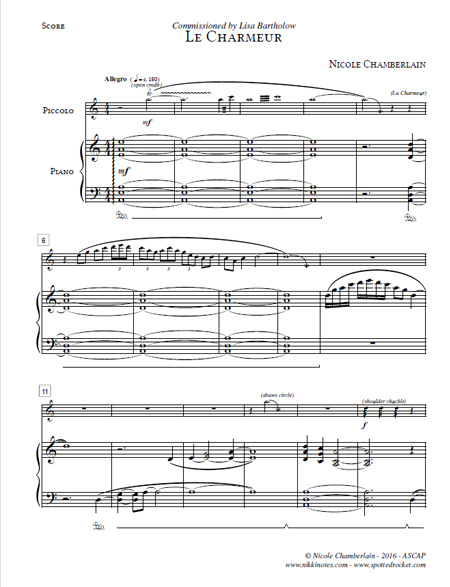 Le Charmeur was commissioned by flutist Lisa Bartholow. Bartholow's love of silent and classic films inspired the composer to find a short silent film that fit the requested instrumentation of piccolo and piano. "Le Charmeur" is a French silent film created in 1906 by Segundo de Chomón. A charmer, in the film, attempts magic using his flute to create beautiful butterfly women, but it does not turn out the way he hopes. The music is synched to the film, and can be performed with the film. However, the musicians can choose not to perform with the film and the music can still stand on its own.