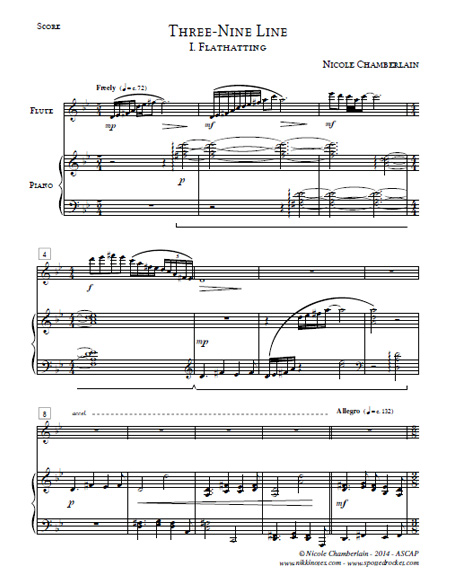 "Three-Nine Line" is an aviator's slang for the invisible line that runs from one wing to the other of a plane. Each of the four movements reflect an aspect of flying. The first movement, "Flathatting", is the daredevil stunt of flying low and fast to the ground. The second and slow movement is "Deadstick". Deadstick is when the plane loses power and the plane is left to glide through the air. The third movement called "Trim" is somewhat of a minuet. In aviation, its used to relieve pressure and keep the nose of the plane in position. The final and fastest movement of the sonata is "Jink". Jink is another aviation slang term used by aviators to describe quick and sometimes violent maneuvering used by pilots to escape a threat. Please put your chairs and tables in the upright position and enjoy the ride!