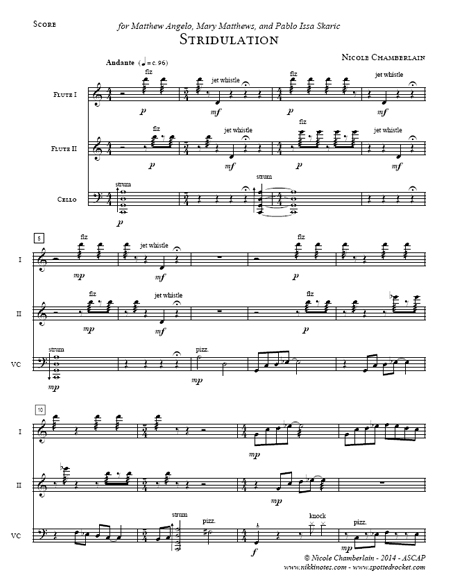 "Stridulation" was written for flutist Matthew Angelos final Masters recital at the Hartt School at the University of Hartford in Hartford, CT on March 2, 2014. The other two musicians, flutist Mary Matthews and cellist Pablo Issa Skaric, will assist in premiering the work have successfully previously collaborated with the composer on multiple projects.

The flute has been type cast in the music world as the bird. As a flutist herself, the composer found the flute is well suited in the role of a cricket. Through the use of flutter tonguing and other extended techniques the flute is able to imitate the stridulation of crickets.