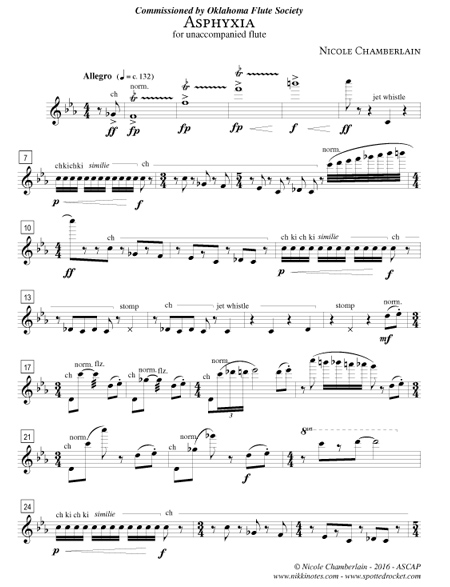 The word asphyxia is a medical term for a person's inability to breathe and lack of oxygen in the body. The symptoms of asphyxia can be light headedness or dizziness. Playing the flute is an instrument that requires plenty of air supplied by the performer. Many young flutists will complain about being dizzy when first learning to play the flute, but after a few weeks the young flutist adjust to the new demands and the dizziness subsides. A verteran flutist will seldom experience dizziness. However, when relentless extended techniques are added, new athletic demands can bring the most experienced to gasp for air.