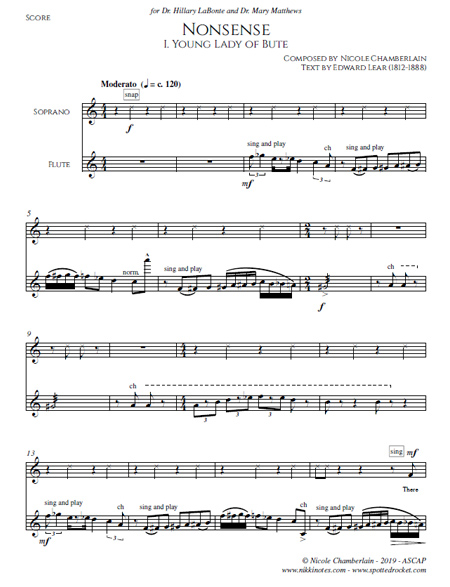 "Nonsense" was composed for Dr. Hillary LaBonte and Dr. Mary Matthews. The piece uses the text found in Book of Nonsense by Edward Lear (1812-1888). The limericks are silly, whimsical, crazy, strange, fun, and should not be taken seriously. There's enough of that.

Vocal Range: D below staff to C above staff

There was an Old Lady of Chertsey,
Who made a remarkable curtsey;
She twirled round and round, till she sank underground,
Which distressed all the people of Chertsey.

IV.
There is a young lady, whose nose,
Continually prospers and grows;
When it grew out of sight, she exclaimed in a fright,
"Oh! Farewell to the end of my nose!"