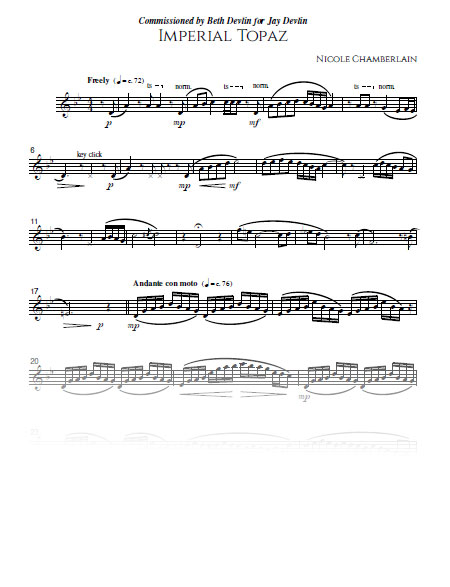 Imperial Topaz was commissioned by Beth Devlin for her husband, Jay Devlin. Imperial topaz is the gemstone for the 23rd anniversary which the couple celebrated in 2018, when the piece was completed. The color of imperial topaz has been described as the color of the sun at sunset. In the 17th century, Russian tsars claimed exclusive rights to the gemstones mined in Russia which resulted in the gem being named imperial topaz. The piece is intended to be performed on contrabass flute, but could easily be performed on any of the low flutes or even the C flute.